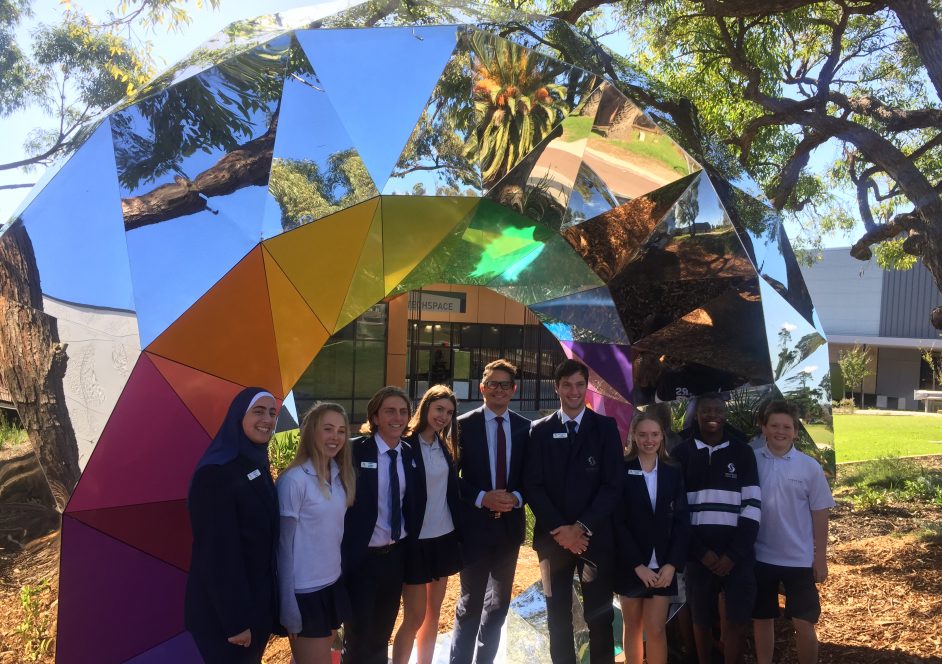 Ben Wyatt, the State Treasurer, visited Shenton College in the last week of Term 2 to talk to Senior School students about the importance of NAIDOC Week. Celebrations are held across Australia in July to acknowledge the history, culture and achievements of Aboriginal and Torres Strait Islander peoples.

This year the theme was Voice. Treaty. Truth: key elements to the reforms set out in the Uluru Statement from the Heart. These reforms represent the unified position of First Nations Australians. Initially to have a First Nations Voice to Parliament enshrined in the Constitution and second, a Makarrata Commission to supervise treaty processes and truth-telling.

For generations, Aboriginal and Torres Strait Islander peoples have looked for significant and lasting change. The 2017 Uluru Statement from the Heart built on generations of consultation and discussions among Indigenous people.