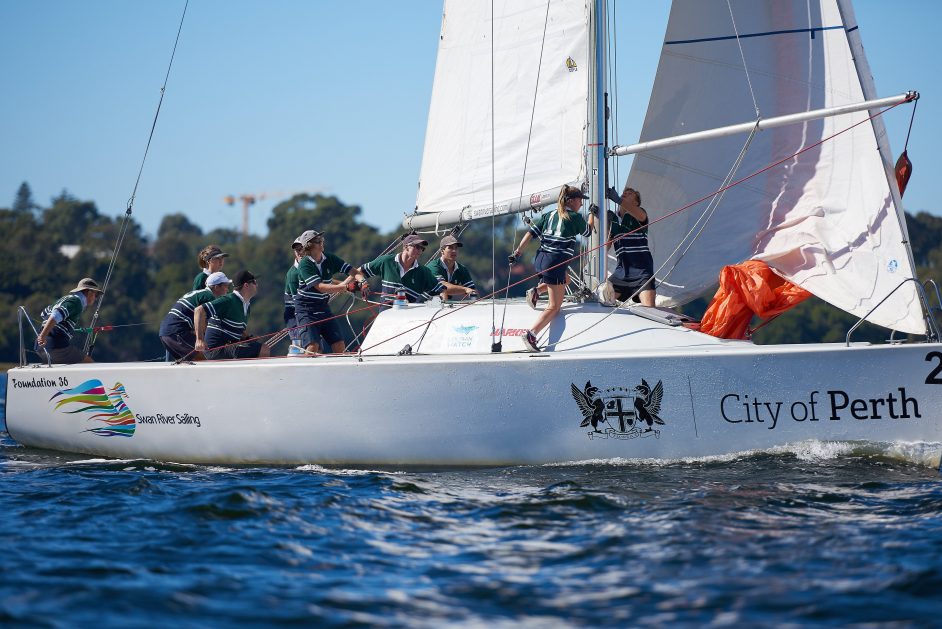 This event has run for the past twenty-five years and up until last Sunday, had involved Perth private schools only. In its twenty-sixth year, the new kids on the block, Shenton College, brought home a very respectable third place (equal second and third on count back). Not too shabby for our inaugural venture into this race if you consider that amongst the contenders were many international champions including a past America’s Cup competitor.

There were ten, very elegant Foundation 36 yachts, gliding across the blue with a gentle 5 to 8 knots filling the spinnakers. At the helm for the first two races was seasoned world champion Mark Spearman. Our next two races were skippered by Chris Smith and the last two (race 5 was abandoned and then resailed) by brilliant tactician, Emilia Horn.

The official results are: