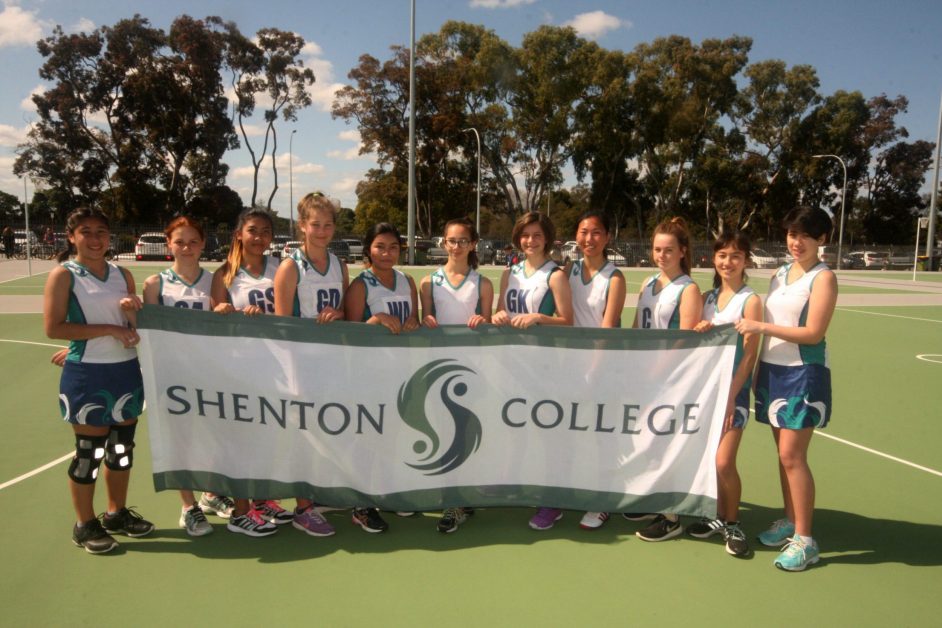 Shenton College’s Netball Team achieved a great result in the 2016 season finishing as Champions of the Yrs 9-12, Division 23, Perth Netball competition.
After a rocky start in qualifying games, the team found their stride and were unbeaten for the remainder of the season. Players were comprised of students from years 9 to 12, including  Lucy Dod, Matilda Harris, Lisa Al-idruss, Georgina Vlahos, Tiane Gao, Olivia van Zyl, Nadya Rudy, Isabel Finucane, Ellana  & Tia Hockridge and Anges Fonda.  Special thanks to coaches Tia Hockridge and Findlay Pedler; and to John Gao who volunteered to manage the team this year.
Any students or parents are welcome to participate in 2017 season.  Please register your interest via http://shentonnetballclub.wa.netball.com.au > Contact Us section.