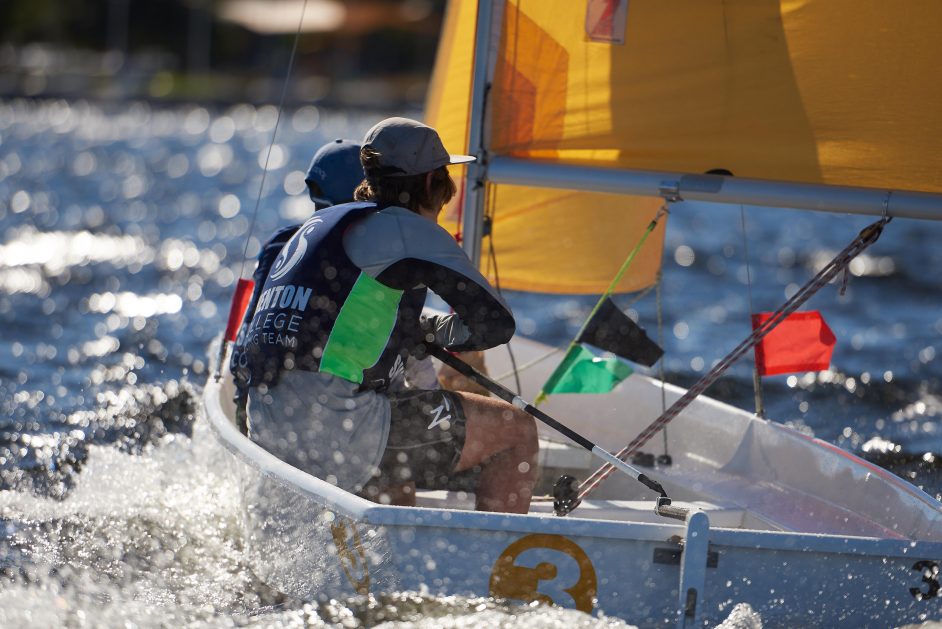 On Wednesday 12th April the Shenton College Sailing Team Blue WON the 2017 Western Australian Schools Team Racing Championship. Victory was well fought and very, very sweet. The best of five races in the finals decided the winner. After having worked their way through the heats and semi-finals, Shenton were two races down but rose from the ashes to claim the last three races in a decent 15-16 knot breeze.