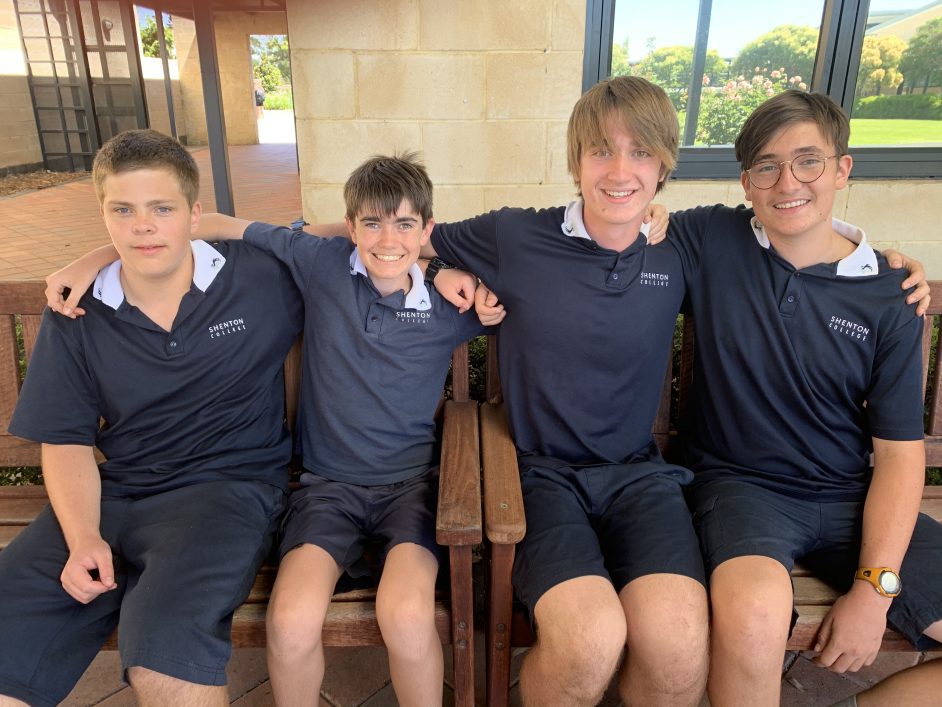 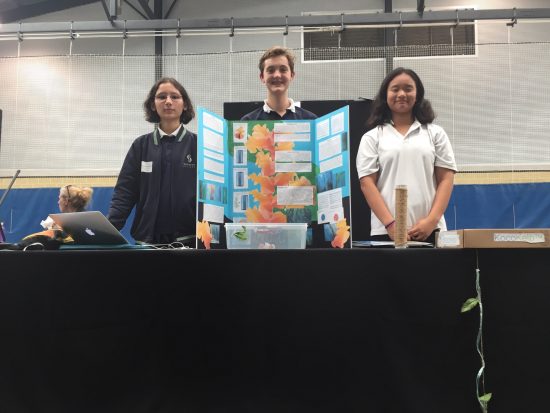 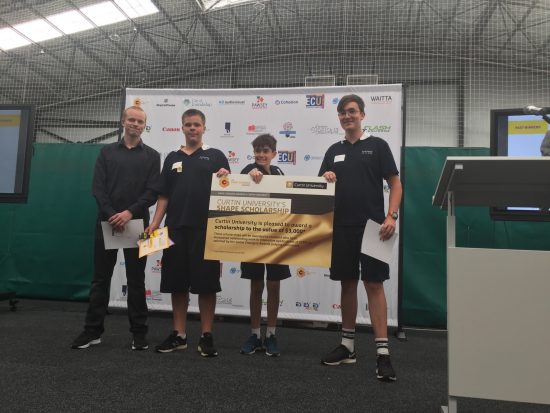 Congratulations to our game changing Year 9s! We entered two teams into the Game Changer Awards, supported by Curtin University. One of our teams not only won the ‘Best Use of STEM’ in the Y9/10 category, they even took out the overall prize.

Our winning team of Jeremy Fox, Robert McIntyre, Jaiden Pearson and Jude Metcalf, looked to reduce the loss of life caused by tsunamis. They developed a cheap early warning system by building a simple circuit sensitive to movement and by writing code to analyse the movement to determine if it was significant. Their plans envisaged many of these circuits being deployed to the sea floor to detect movement there.

The second part of their idea was to allow their circuit to trigger a tsunami wall when seafloor movement is detected. They would place the wall along highly populated coastline. The wall remains flat flush with the ground until triggered. When flat it would be an area of public amenity but then in the case of a tsunami would be raised by hydraulics to protect the city. They boys used computer aided design to demonstrate how their wall would work and costed the materials. The boys had comprehensively researched the cost of recent tsunamis and were able to use compelling arguments when convincing the judges of the merits of their idea.